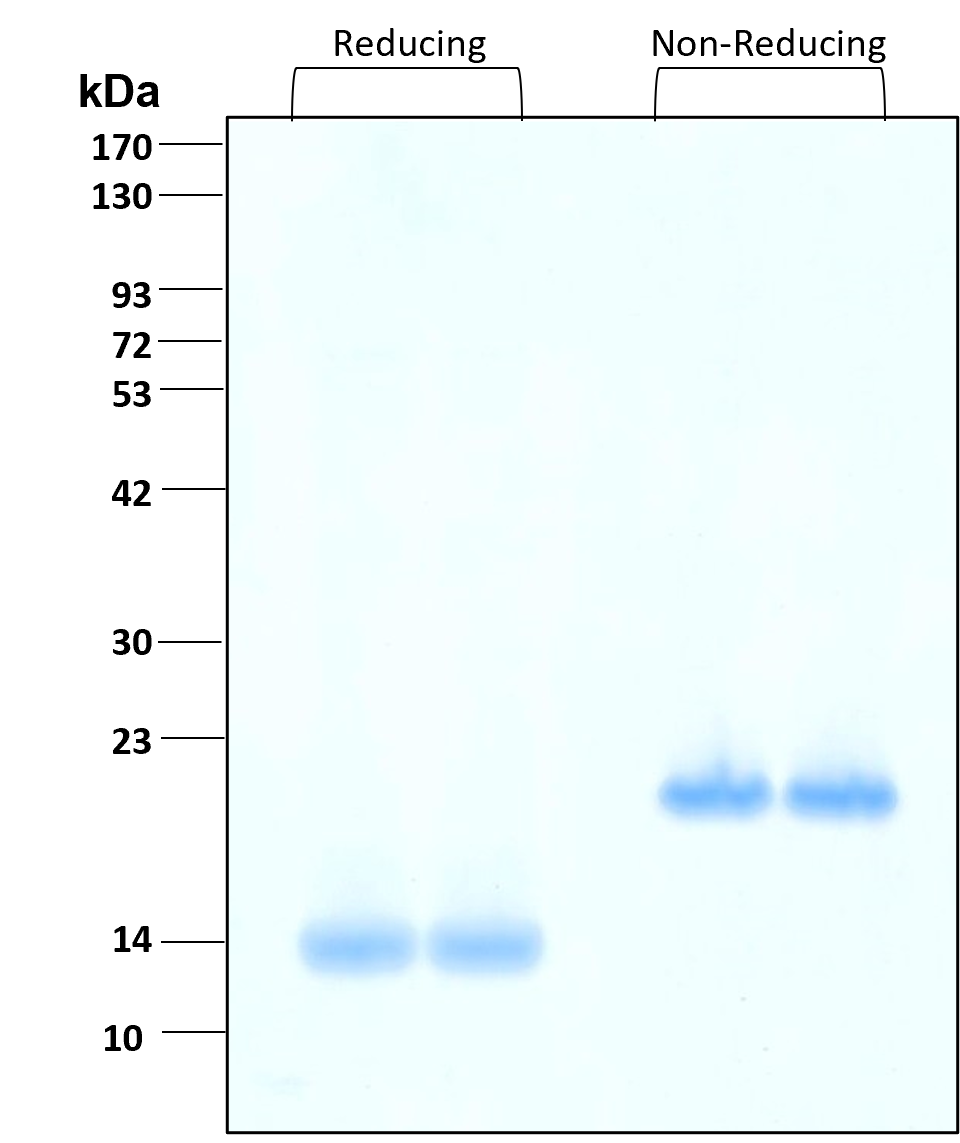 The protein was resolved by SDS- polyacrylamide gel electrophoresis and the gel was stained with Coomassie blue. 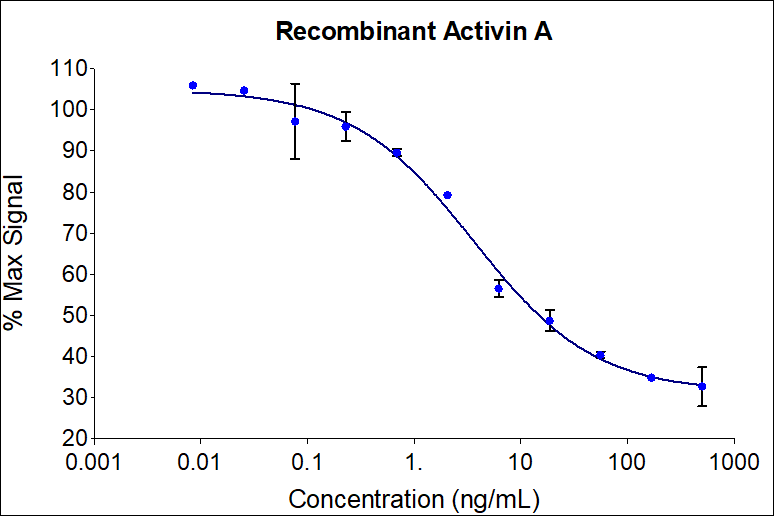 安定性と保存方法:
Lyophilized proteins are stable for 1 year from the date of receipt if stored between (-20oC) and (-80oC). Upon reconstitution we recommend that the solution can be stored at (4oC) for short term or at (-20oC) to (-80oC) for long term. Repeated freeze thaw cycles should be avoided with reconstituted products.

Animal-free Recombinant Human Activin A is a member of the TGF beta superfamily, expressed from human 293 cells as disulfide linked homodimer with an apparent molecular mass of 25 kDa. This cytokine is produced in a serum-free, chemically defined media.

Activin A, a member of the TGF-β superfamily, was named for its ability to activate FSH secretion from the anterior pituitary gland (PMID 16885530). Three activins have been identified in human tissues: activin A, activin B, and activinAB, of which activin A is the most studied. Activin A has various functions in regulating cell differentiation, proliferation, apoptosis and carcinogenesis (PMID 8200957). Xeno-free Recombinant Human Activin A is expressed from human 293 cells as disulfide linked homodimers with molecular mass of 25 kDa.