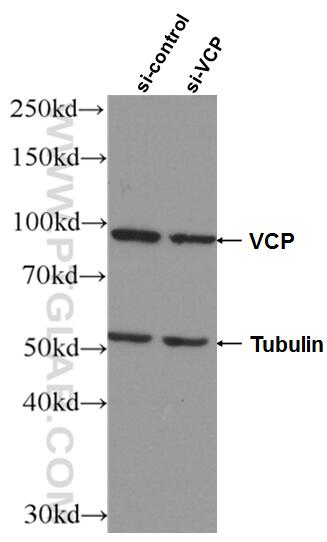 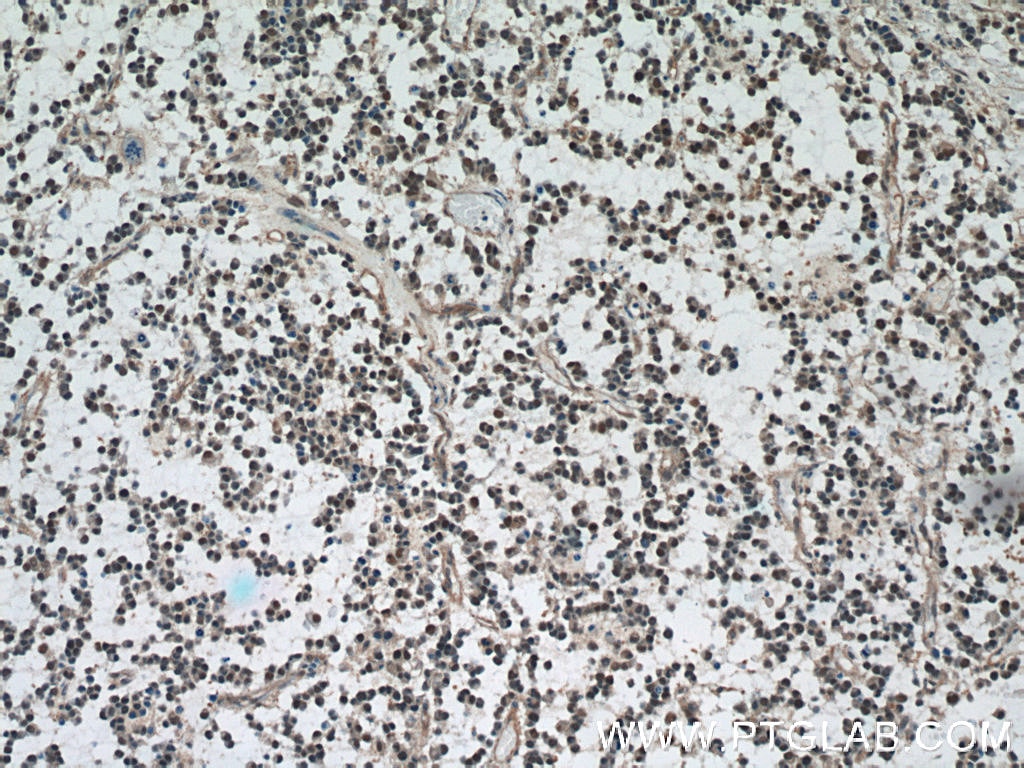 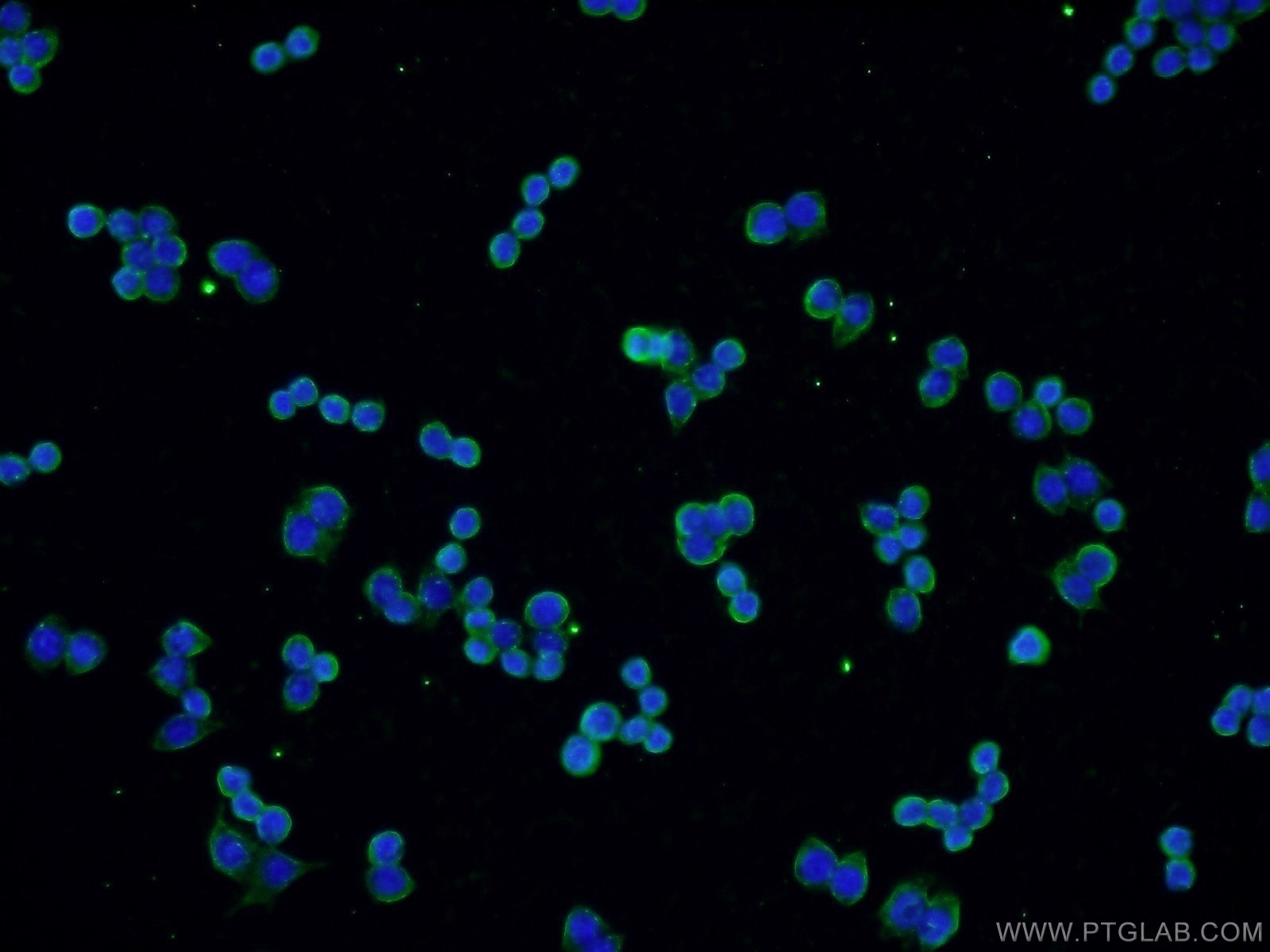 VCP(Valosin-containing protein), also known as TER ATPase and 15S Mg2+-ATPase p97 subunit, belongs to the AAA ATPase family. VCP was first identified as a result of attempts to clone a putative peptide hormone called valosin. It was found that the cloned cDNA encoded a ubiquitously expressed 90 kDa cytosolic protein, termed VCP, which showed none of the characteristics of a peptide hormone precursor(PMID:1382975). Defects in VCP are the cause of inclusion body myopathy with early-onset Paget disease and frontotemporal dementia (IBMPFD) and amyotrophic lateral sclerosis type 14 with or without frontotemporal dementia (ALS14). VCP has a calculated molecular weight of 89 kDa and an apparent molecular weight of 90-100 kDa (PMID: 15732117, 1382975).

SH-SY5Y cells were subjected to SDS PAGE followed by western blot with 60316-1-Ig (VCP Antibody) at dilution of 1:1000 incubated at room temperature for 1.5 hours. 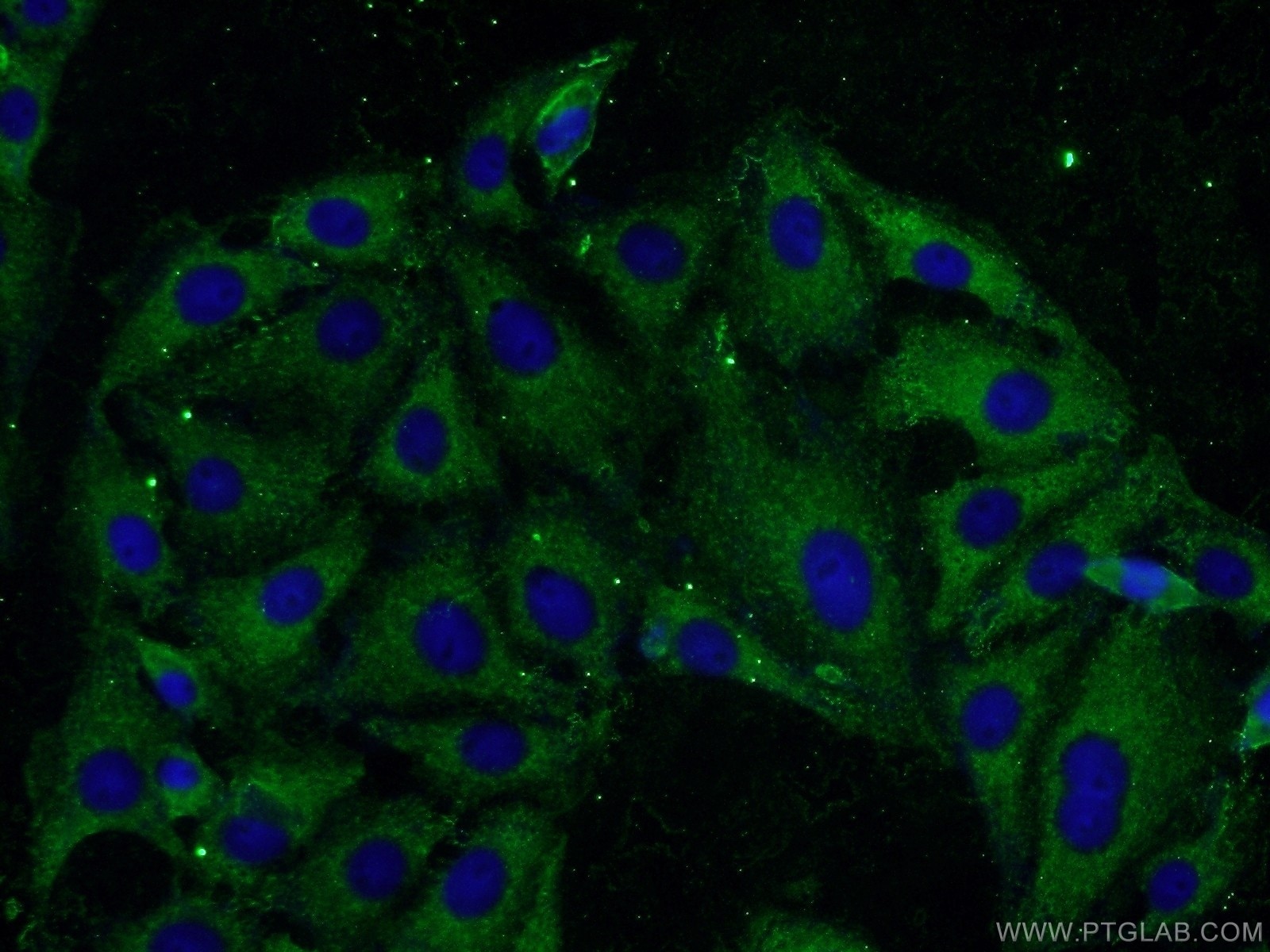